How The Iron Pup can Give Your Dog Super Powers

How The Iron Pup can Give Your Dog Super Powers 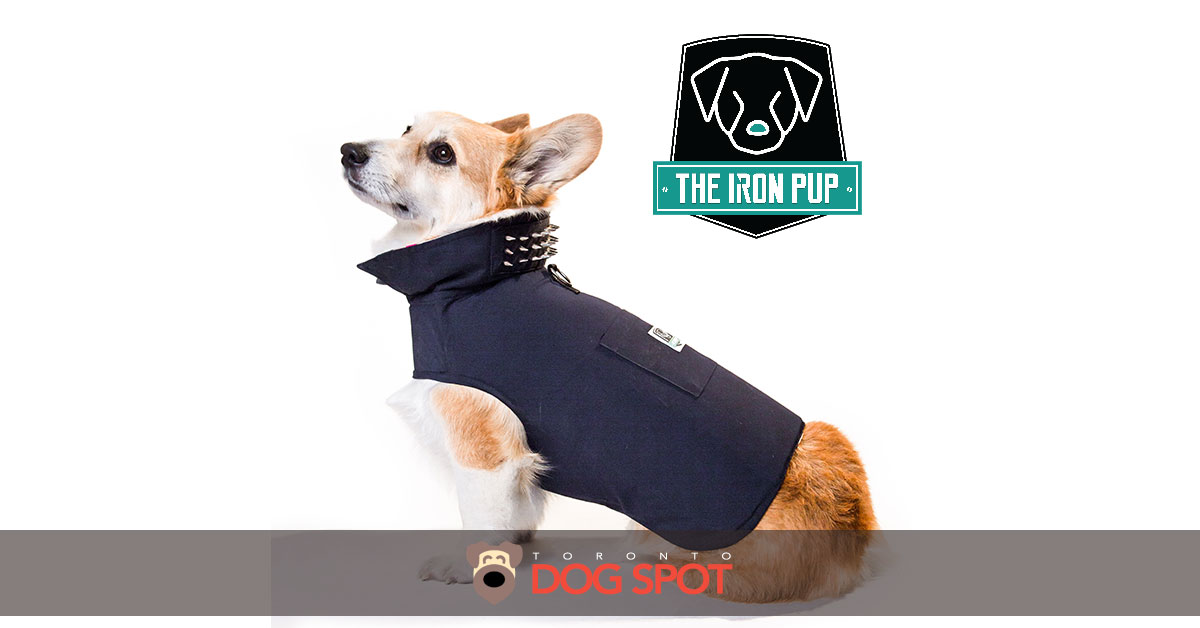 If you’re a fan of the Marvel Universe than you surely know Iron Man.  His exoskeleton suit gives Tony Stark superhero powers and makes him practically indestructible.  But while Hollywood focuses on saving humanity at every turn, Jasmine Montreuil, inventor and owner of The Iron Pup jacket is out to save our little pooches from their arch nemesis’, they coyotes. 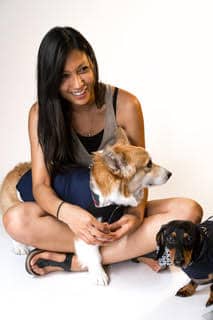 Like every great invention, The Iron Pup was born out of necessity.  Living in a heavily wooded area, Jasmine feared the coyotes would one day attack Abby, her eight-year-old Cockapoo.   Every night, the daunting howls of the coyotes hunting in the nearby farmers fields would be a constant reminder of the dangers of the outside world, leaving  Abby shaking in fear.  Having only a life jacket to defend her dog, a light bulb went off to develop a jacket for dangerous encounters with the enemy.

If you think wildlife is something of a myth in urban life, think again.   In T.O., there are sightings every summer of foxes, deer, and, yes, coyotes.  There have been over 500 coyote encounters in Ontario alone over the year.   As with many animals, the combination of the search for food and urban sprawl on their territory is making them less and less fearful of human contact, and making small and medium sized pups an easy treat.  No one knows this better than Torontonian Elle Andrews who writes, “I live in the Beaches and I can’t believe how many coyote sightings and attacks there have been. I’m so thankful that this product is available!”

To fight back, this made-in-Canada suit of armour is made of two layers of correctional grade Kevlar (same as our police officers use), an outside polyester water resistant shell, foam for added cushioning and protection, a cotton lining and spikes on the neck to protect from the initial kill bite of the coyote.  It may not have an arc reactor, but it certainly does the job. 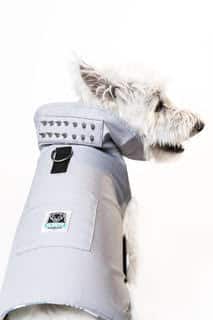 Our dog, Marzie, ran across the creek behind our house and then out of sight behind some willows. Bill heard her yelp as he followed. When he went around the bushes, he saw Marzie by a coyote. She ran back towards him and the coyote loped away. Bill did not see the interaction between the dog and coyote, but the coyote hairs that got stuck on the patch of her iron pup are evidence that there was contact. Thank you! We are sure that the iron pup prevented a bad outcome.  – Rina, Arizona

If you want to find out how you can protect your pup, or purchase an Iron Pup life saver, check out Instagram, Facebook, Etsy, and, of course the website.   Now there’s a way to turn a defenseless pup into an Iron Pup!

Have you purchased an Iron Pup?  Share your experiences and let us know how it worked out! 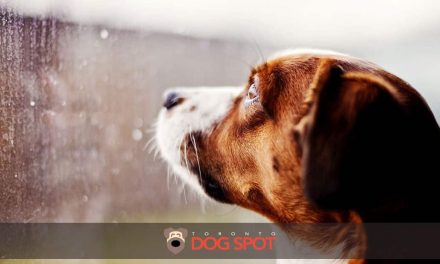 10 Indoor Activities for You and Your Pup on a Cold, Cold, Wet Day 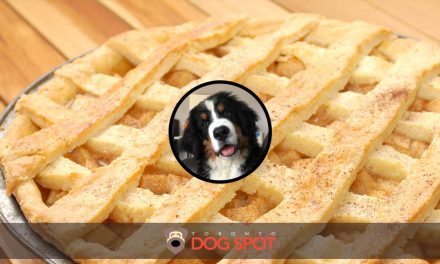 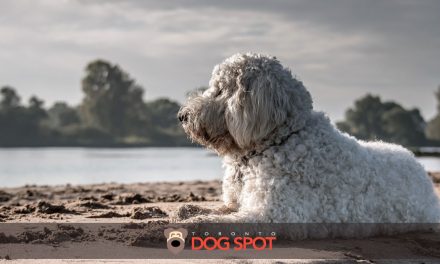 Can Your Dog Tell Time? 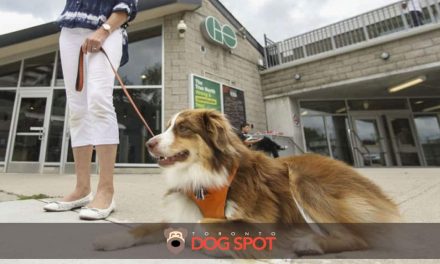